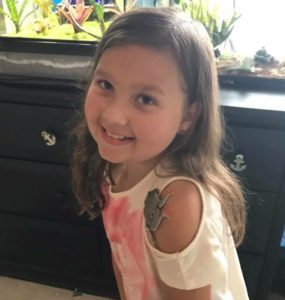 Shortly before Ava’s second birthday, she began crying out and complaining of pains almost daily. Many doctors visits and tests later, Ava was diagnosed with Acute Lymphoblastic Leukemia. One year later to the exact date of her diagnosis, Ava stopped breathing in her mother’s arms. Once stabilized, the family took Ava to Dr. Pat Brown at Johns Hopkins.

Ava endured several relapses from 2010 until 2015, when Ava was given weeks to live and was placed on hospice. The Daniels instead tried some holistic therapies and Ava once again achieved a full remission until her fourth relapse in August of 2016.

Ava’s body responded to intermittent chemotherapy and after Dr. Brown fought for Ava to be part of a trial, she was accepted into the CAR T-cell Trial at Children’s Hospital of Philadelphia. By April 2017, Ava received her own, genetically-engineered T- cells, and went into full remission.

Ava remained in good health until she relapsed for the 5th time in November of 2018.  With Dr. Brown’s help, Ava went into a 6th remission and she went inpatient at Hopkins for her second bone marrow transplant on Feb. 14, 2019.  After almost six months of complications and infections, Ava lost her cancer battle due to transplant-associated thrombotic mircoangiopathy (TA-TMA) on July 23, 2019. TA-TMA is treatable condition, but only if caught early enough. The whole CCF community is heartsick to see cancer take yet another brave young child, but she will continue to be an inspiration for us, the researchers, and supporters as we continue to fight for a cure. 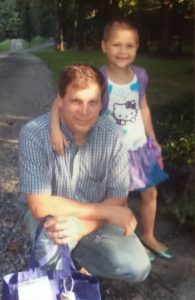