UPDATE: 8/3/2019: The Bowie Baysox also joined in the day by making special jerseys for their team and auctioning each off after the game! Between the auction, ticket sales, and cash donations from attendees, the day raised a total of $3,600. The Anne Arundel County Professional Fire Fighters presented the check to CCF Executive Director Tasha Museles at a Baysox game August 2. Thank you all so very much for helping advance our area’s childhood cancer research and programs.

On June 2, 2019, members of the Anne Arundel County Fire and Police Departments went to bat for childhood cancer awareness. Following the “Heroes” themed Bowie Baysox game, these two departments squared off in the battle of the ‘Guns & Hoses’ – their annual charity softball game.

This year, co-managers of the Anne Arundel County Fire Department recreational softball team Lt. Brad Schriefer and Lt. Phillip Hunt, elected to support The Children’s Cancer Foundation, Inc. They also welcomed CCF families to take part in the activities. The event provided a wonderful afternoon for Logan Johnson and her family as well as Alisha, Jay and Olivia Bartels. Logan and Olivia (Liv) were honorary pitchers for the day and threw out pre-game pitches.

A portion of the proceeds from game ticket sales sold through the Guns n’ Hoses event site was designated for CCF. Further, the Bowie Baysox printed special Game Day jerseys for the Baysox, which they then auctioned off at the end of the game to build upon the day’s proceeds to CCF. Heroes day featured superhero costumed entertainment, numerous booths of different Anne Arundel County first responders, Special Olympics athletes, and the two CCF families.

CCF Board Member Steve Coomes supported CCF by attending with his wife, Carolyn, and two of his grandsons.

Funds raised from this event make a difference in our efforts to find better treatments and cures for pediatric cancer. CCF is grateful for the support of this incredibly generous group of heroes and extends our gratitude to all involved in making it such a successful day, as well as the financial support.

More images from the games are found on the website of the game’s photographer. 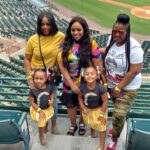 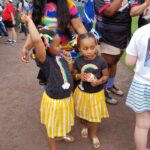 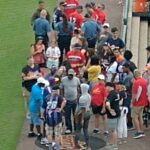 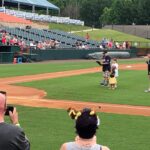 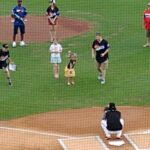 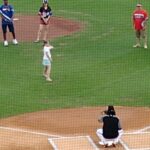 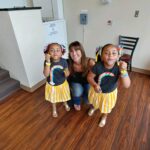 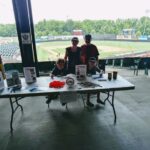