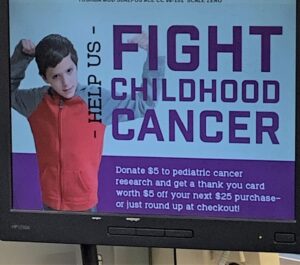 This year, Giant Food shoppers are asked to make a $5 donation and receive a thank you postcard from one of the ambassdors. However, this year, the thank you card can then be used as a $5 coupon toward the next shopping trip to support the pediatric cancer campaign. Shoppers may also choose to round up their checkout total. 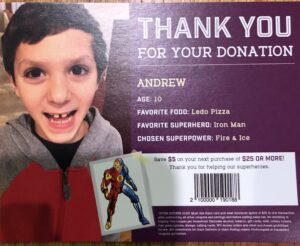 The Giant Food Press Release can be found here.