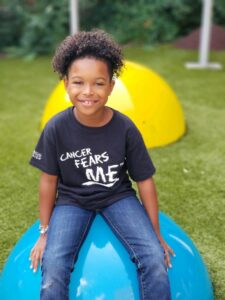 Noah Henry Kabia was diagnosed January 2016 with Acute Lymphoblastic Leukemia (ALL) at the age of 6.  After a 3.5 year chemotherapy treatment regimen at Johns Hopkins Hospital, which included multiple hospital admissions and lots of time missed from school, Noah finished his treatments in April of 2019 at 10 years old.

Noah is a gifted percussionist and has been featured playing the drums locally on Fox 45, WMAR and at community events and fundraisers and has had the opportunity to play with musicians such as Rascal Flatts, Israel Houghton & New Breed, Jason Scheff of Chicago and Jonathan McReynolds. Music is what helped him get through his cancer treatments. While music is his number one pastime, he also enjoys playing with Legos, flag football and hanging out with friends and family.

He resides in Catonsville, Maryland with his parents and big sister. Noah looks forward to giving back to other kids with cancer through music and being a camp counselor one day. He’s most excited about “finally getting a chance to be a normal kid again.” He already hopes to attend college at the Berkeley School of Music and becoming a Music Hall of Famer! “With Cancer my family was broken and hurting but now we are stronger. I think remission looks pretty good on me!”

CCF was delighted to have Noah attend the 35th Annnual CCF Gala on November 3, 2019, where he performed some songs with the band! 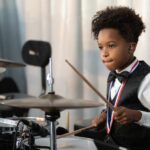 Survivor and percussionist Noah Kabia, 10, joined the band for a few songs to show how he “beat cancer.” 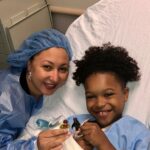 Keeping entertained in the hospital with some Lego superheroes! 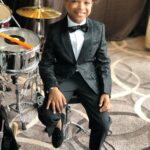 Noah at one of his performances