On November 4th, The Children’s Cancer Foundation, Inc.(CCF) held its 33rd Annual Gala and awarded over $1 million in grants to area researchers and programs to advance treatment and cures for pediatric cancer. Nearly 600 guests enjoyed the tastes of Maryland and the sounds of NightLife.

Mark Viviano, Sports Director for WJZ CBS News in Baltimore, emceed the evening. Debbie Phelps, mother of Maryland Olympian Michael Phelps and a dear friend of CCF founder Shirley Howard, presented the Fighter Award to Regency Furniture and the Hero Award to Leah and Joe Offutt on behalf of The Jake Offutt Foundation.

The 2017 CCF Gift of Life Award was presented to ROSS Companies, and was accepted by its CEO, Dave Miskovich.

The 2017 CCF video, premiered at the gala, follows the Daniels family and their cancer journey. Meet Ava Daniels and follow her incredible story.

DPI Specialty Foods and Acosta Sales and Marketing generously donated $5,000 each to CCF for dinner with Gordon Reid of Giant Food. Coca Cola Bottling and Pepsi each donated $5,000 for a dinner with Weis Markets President, Kurt Schertle, totaling $20,000.

And, CCF extends our appreciation to all of our volunteers, individuals and organizations who donated their time and services to make the evening successful. 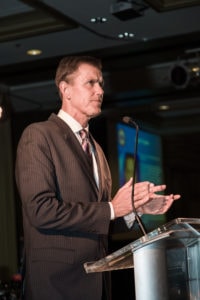 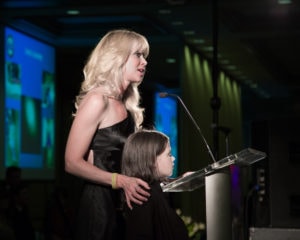 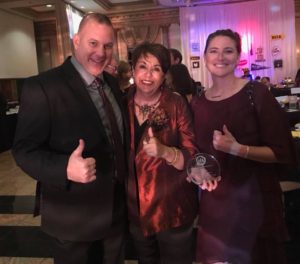 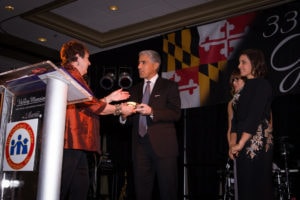 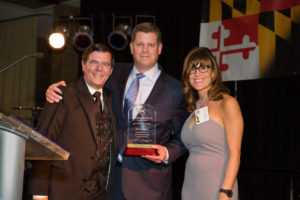 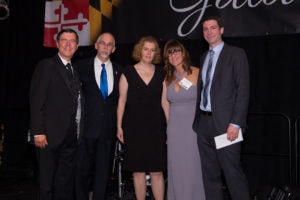 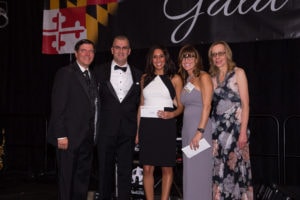 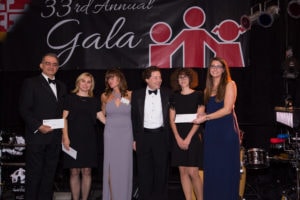 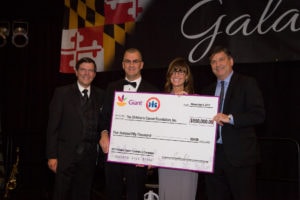 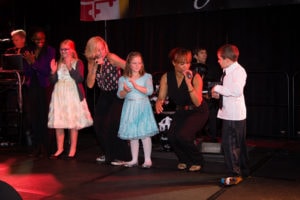 Young heroes join Night Life on stage for some celebration 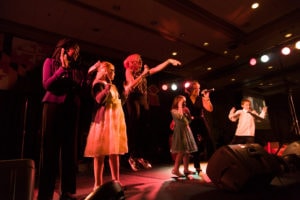 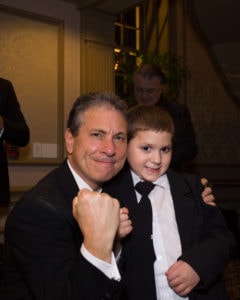 CCF Board Member and pediatric oncologist Dr. Wiley shares some encouraging words with one of our special guests.