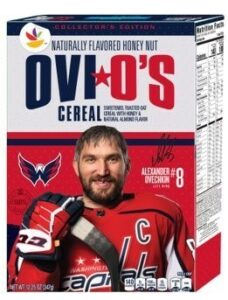 Giant Food has partnered with the Washington Capitals and its Captain Alex Ovechkin, often known as Ovi, to introduce a new cereal called Ovi O’s!   A portion of the proceeds from each box sold will benefit The Children’s Cancer Foundation, Inc. (CCF). CCF is honored to be part of this partnership.

In addition to September being Childhood Cancer Awareness month, it is also the month of Ovi’s birthday. The cereal will be released on his birthday, September 17, and will be available in all 163 local Giant Food stores for a limited time.

Mr. Ovechkin is well-known for helping local children- inviting them to Caps games and visiting them in hospitals- and he wanted to make sure that his cereal would benefit a local children’s charity. Kids needed to be involved in the promotion of the cereal’s coming release too. On September 10th, Ovechkin surprised 2nd graders at Arlington Traditional Elementary School, shared some of his cereal with kids at Medstar Georgetown Hospital, and donned a Giant employee shirt, stocked his cereal, and then sold it to fans from the check-out counter at a local Giant Food!

CCF is grateful to Giant Food, the Washington Capitals and Alex Ovechkin for recognizing the important advances we are making in finding cures for pediatric cancer. 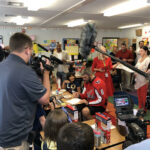 Ovi helps a student with her math worksheet 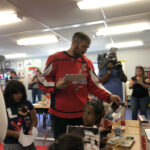 Ovi hands out autographed photos to the students 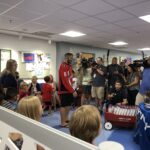 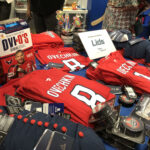 The hospital provided a variety of Ovi and Caps memorabilia for Ovi’s autograph. Items made possible by Hope for Henry. 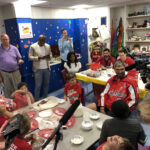 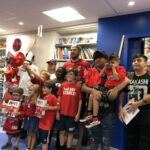 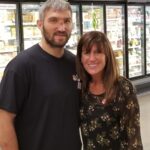 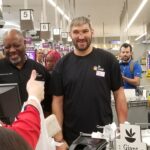 Ovi works the register selling boxes of his cereal to fans 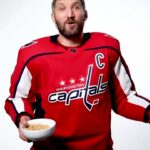 An image from Ovi’s video of his cereal