Darren was born on August 19, 2009, the first child of Derrick and Lauren Leonard. At 6 weeks old, the Leonards noticed Darren’s eye deviating to the side. Concerned, they scheduled an appointment with ophthalmology at A.I. DuPont Hospital for Children in Wilmington, DE. Darren was diagnosed with a brain tumor at just eight weeks old. Upon hearing the words “your child has cancer”, the Leonards knew immediately that they had to provide a loving, supportive and strong network for Darren to begin his treatment journey. 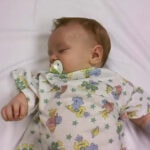 Originally treated at A.I. DuPont Hospital, Darren switched care to Hopkins after the most recent progression in his tumors. In 2018, the Leonards ran across an article about promising treatments for complex brain tumors from the lab headed by Eric Raabe, M.D., Ph.D. at Johns Hopkins Hospital. Dr. Raabe, a CCF-funded research awardee, helped guide the Leonards’ next steps in treatment regarding new progresssion of Darren’s tumors.

Darren has endured 3+ years of chemotherapy, 15 surgeries, over 50 MRI’s, and more procedures and pokes than they could ever count — things that NO child should ever have to endure. Today, Darren is a 10 year old walking and talking miracle who loves to show off his dance moves.

Darren is big brother to Mia (age 8) and Matthew (age 5). This battle isn’t just with the child that is diagnosed, it’s the entire family that is in this fight. They all feel the effect of childhood cancer. 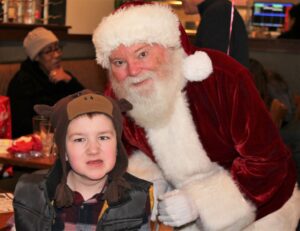 Darren enjoyed a visit with Santa during the CCF Kids Holiday Party December 2018.

Darren is a student at Church Hill Elementary School and enjoys singing, dancing, checking in on “April the Giraffe,” and above all, he loves making people SMILE!

Darren’s favorite musician is Andy Grammer, and his favorite food is macaroni and cheese. 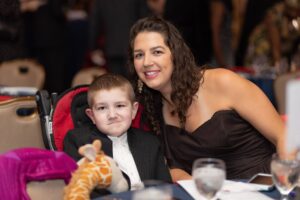 Darren and Lauren at the CCF Gala in November 2018 (with April the giraffe!)

Darren continues to receive scans every 3-6 months to monitor his tumors, and has just begun treatment for the 3rd time in his life.

The Leonards were once told that the odds of Darren ever being cancer-free were slim because of the inoperable location and complex mass, but research and the advances that are being made right here at Hopkins, and all over the world, give them SO much hope!

Darren and his mother Lauren were featured in the 2019 CCF Video. 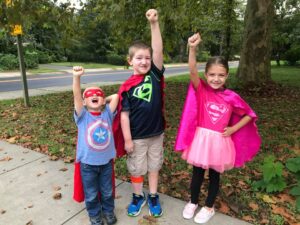